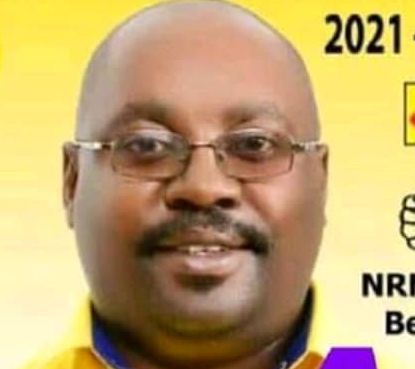 Ruling National Resistance Movement ( NRM) voters in Kamwenge Town Council were left in tears after the mayor they elected a few months ago died weeks before inauguration day.

Benjamin Matovu Salongo was expected to take oath as Kamwenge Town Council Mayor for a five-year term ending in 2026.

But his voters were shocked to learn of his death on Saturday.

“Very painful and sad to receive news of the passing away of our newly elected mayor for Kamwenge town council Mr Benjamin Matovu, a vibrant young man who had won the people’s trust,” wrote minister Tumwebaze, who hails from Kamwenge.

“My sympathies and prayers go to his family and friends.”

The Electoral Commission (EC) will conduct a byelection to find a replacement for Matovu.

JUST IN: Museveni Set to Address Nation on Ebola Amidst Fears of Another Lockdown